Could a Crisis Plan and Simulation Exercises Have Prevented The Canadian Railroad Catastrophe?

Can a crisis plan that’s regularly tested through crisis simulation exercises help to prevent disasters such as the cataclysmic train derailment that occurred in the Quebec town of Lac-Mégantic last July? 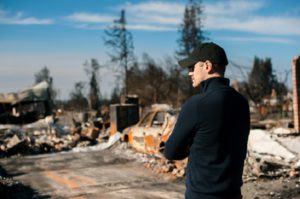 It was around midnight on July 7th when a Montreal, Maine and Atlantic Railway (MMA) train loaded with crude oil was parked for the night outside the small resort town. For reasons still under investigation, the train’s brakes somehow gave way, or weren’t properly set in the first place. The unattended train began to roll, picked up speed and finally crashed in the center of town causing several tank cars to explode and burn ferociously. The accident killed 47 people, destroyed a large part of the town’s center and left a residue of crude oil that is still being cleaned up.

The very act of developing a crisis plan would have forced railroad managers to think hard about their operating procedures and identify where vulnerabilities might lie. One can speculate that prior to the accident crisis planners at MMA would have seen that having only one engineer in charge of a train loaded with volatile materials could be a major weakness. Even worse, it was accepted practice for that engineer to stay in a hotel over night leaving the parked train unattended. Any number of high-consequence emergencies could occur, fires, leaks, sabotage — and a brake failure while parked on a downward-sloping track.

Even if MMA crisis planners saw that a one-man train crew and leaving a train with dangerous cargo parked unattended were problems, they were under no legal obligation to do anything about it. Railroad regulator, Transport Canada, had approved, or had no regulations preventing, both practices.

The Lac-Mégantic disaster is a case study on how crisis plans and regulations intersect, and sometimes in dysfunctional ways. The tragic fact is that when preventive measures identified in crisis plan development and simulation exercises cost companies money, and regulatory agencies aren’t requiring those measures, cash-strapped companies aren’t likely to take those measures.

The Lac-Mégantic disaster is already resulting in a sweeping regulatory overhaul for railroads in both Canada and the US. Complying with those new rules could cost companies a lot more than if they had voluntarily acted upon the lessons learned during their crisis planning.